. . . the test of a civilization is the way that it cares for its helpless members.~Pearl S. Buck

One of the topics of discussion during our soirée the Saturday before last was the way in which the dystopias of today–The Hunger Games, the Divergent trilogy etc., present disturbing scenes of violen

ce between children.  While violence against children has always been a component of fairy tales, fantasy, science fiction etc., what the astute Samantha Riddering pointed out was the way in which that violence has traditionally been perpetrated by the evil adult antagonist.  Obviously, sometimes that antagonist was a monster, a dragon, an ogre, a wicked stepmother, or an evil Sméagol.  From  fairy tales like Little Red Riding Hood, to sophisticated Pulitzer-prize winning fictions like To Kill a Mockingbird,  violence against children is presented as the work of evil personified–the Big Bad Wolf to Bob Ewell respectively.  The difference in some of today’s young adult dystopias is how often  the ogres perpetrating evil against children are the children themselves. While these dystopias are the literary grandchildren of William Golding’s–The Lord of the Flies–the groundbreaking novel that first featured this disturbing literary trope, the nature of Golding’s brutal images did not popularize it to a youthful audience. In the US it 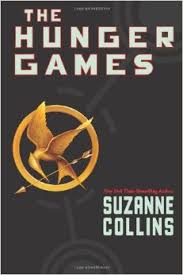 only sold a few thousand copies before going out of print. Today it is mandatory reading in high school. Unlike The Lord of the Flies, the trilogies of Divergent and Hunger Games, replete with graphic violence between children are wildly popular with young readers who seem inured to a level of violence that seems extreme.

Additionally layering the complexity of child-to-child violence is that the teen protagonists become hardened and highly skilled warriors perpetrating acts of war at a young age. Sometimes these actions involve gut-wrenching cruelty like the Divergent character Peter plunging a knife into Edward’s eye while he’s asleep. Though youth becoming skilled warriors isn’t new in children’s lit–Frodo and Sam Gamgee are young hobbits when they fight the evil forces of Mordor, and Peter and Edmund become warriors in Narnia–again, what is new is war between rival youth.  Perhaps the real-life counterpart is gang warfare, which would beg the question of how books like the trilogies mentioned may contribute to an already violent gang culture. Oh, but gang members don’t read, so not to worry.   I think it’s interesting to note that the film scene of Peter’s nocturnal knifing of Edward was cut from the movie.  Director Neil Burger denied that the scene was cut because it was too graphic, but rather because it “disrupted the flow of the story.”   Hmmm.  Gratuitous perhaps?

As I was finishing writing this my daughter Rebecca posted a wonderful blog entry on the “Loveliness of Reading Aloud” which I think you’ll enjoy.  She links in her article to another by Meghan Cox Gurdon which may further inspire the effort it takes to develop this practice in your home.  Gurdon is the children’s literature critic for the Wall Street Journal and as a mother of 5 has her finger firmly on the pulse of the kinds of books most parents want their children to enjoy.  For parents reading this that have YA readers, I think you’ll find her article on this genre enlightening.

For those that attended the soirée who might have thoughts they didn’t share that day or any others who would just like to comment on this topic, please feel free to do so below.  What are the thoughts ruminating around in your mind when you confront the issues of violence in children’s lit today? Let’s continue this discussion!  In the meantime I’ll close with this beautiful quote from Tolkien on the function of fairy-tale as it reminds us of the limitless power of the well-crafted tale to cultivate the best in the human heart.

The eucatastrophic tale [one with a happy ending] is the true form of fairy-tale, and its highest function.  The consolation of fairy-stories, the joy of the happy ending: or more correctly of the good catastrophe, the sudden joyous “turn” (for there is no true end 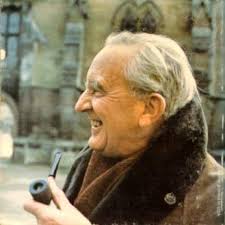 to any fairy-tale: this joy, which is one of the things which fairy-stories can produce supremely well, is not essentially “escapist”, nor “fugitive.”  In its fairy-tale–or otherworld–setting, it is a sudden and miraculous grace: never to be counted on to recur.  It does not deny the existence of dyscatastrophe, or sorrow or: the possibility of these is necessary to the joy of deliverance; it denies (in the face of much evidence, if you will) universal final defeat and in so far is evangelium, giving a fleeting glimpse of Joy, Joy beyond the walls of the world, poignant as grief. –Tolkien, Tree and Leaf (68-69).